New Adult Beginners class in Ballroom & Latin
Starts Wednesday 15th January 2020
8:30pm until 10pm
At Barry Yacht Club (CF62 5QS) please get in touch for access information which you will need to gain entry to Barry Yacht Club
(no access via Jacksons Bay)
£8 each per class on a prepayment basis, the first few classes are cash on the door so you have time decide if you would like to commit. Please contact me for full details. Thank you.’

Miranda Lee has been dancing for 36 years since she was aged 6. On achieving her first teaching qualification with top grades she was then nominated for, and won, the highly prestigious IDTA John Dilworth Award Scholarship 2010, which recognises new dance teachers qualifying around the world for their ‘Special Abilities & Potential’  Miranda has recently been featured in The South Wales Echo, The Barry Gem and The Mansfield Chad following receiving the award. Miranda is a member of The International Dance Teacher’s Association (IDTA).

Miranda Lee Dance Studios first opened its doors in September 2010 with a tremendous response and in a short time has attracted many new dancers of all ages, both couples and solo dancers alike.

Many of Miranda’s students have opted to take their IDTA amateur medal tests with excellent results. The Medal Tests are a fun but optional part of dancing which many students choose to do as it is such a good measure of their progress.

Dancing is a wonderful social outlet as well as being a very healthy activity which exercises the body and mind and is a huge amount of fun at the same time.

We cover the following dance styles:

Please contact me for social dance dates and information.

If you would like to join my school having attended another school please get in touch so that we can discuss the options open to you.

Find Us On Social Media 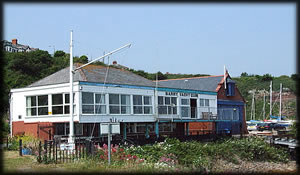